Nokia Research Center is seen in Helsinki on October 18, 2007. Robust demand for cheaper phones boosted third-quarter earnings at Nokia Oyj, the world’s biggest maker of mobile phones, with the better than expected result sending its shares sharply higher. Although phone prices fell, volume sales were up and profit margins improved thanks to tight cost controls, analysts said. As a result the company said on Thursday its earnings per share for the three months rose to 0.40 euros from 0.21 euros in the same period of 2006. Analysts polled by Reuters had forecast earnings in a range of 0.27 euros to 0.38 euros per share. REUTERS/Antti Aimo-Koivisto/Lehtikuva (FINLAND) FINLAND OUT. NO THIRD PARTY SALES. NOT FOR USE BY REUTERS THIRD PARTY DISTRIBUTORS. 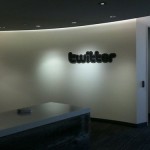