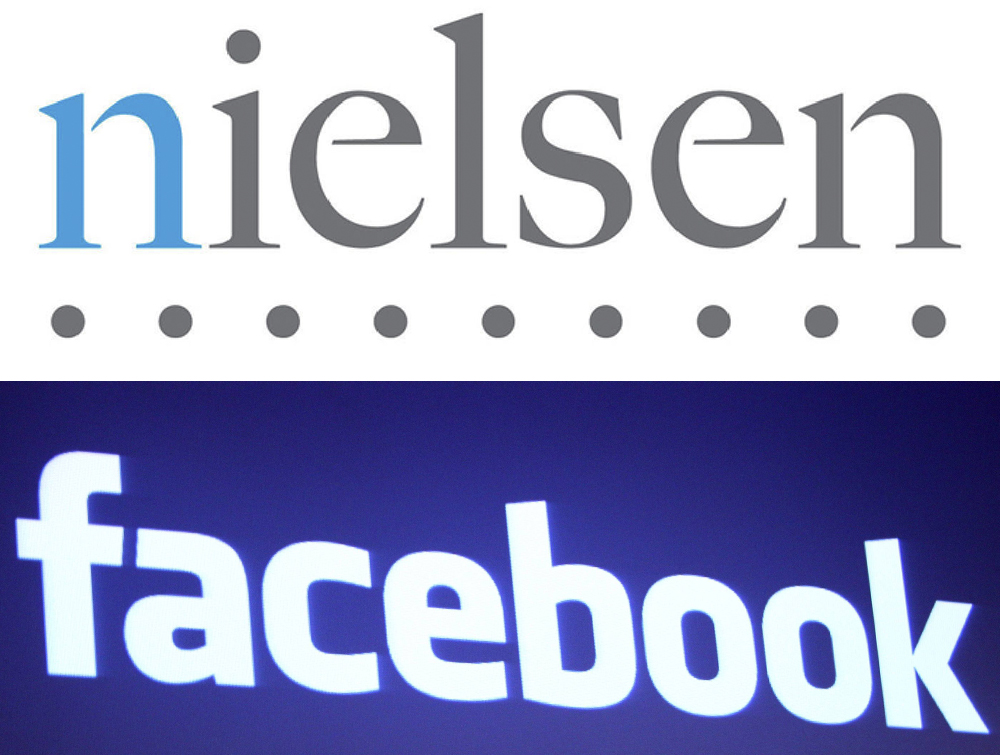 TOP:
Nielsen. (PRNewsFoto/NM Incite Via AP) THIS CONTENT IS PROVIDED BY PRNewsfoto and is for EDITORIAL USE ONLY**

BOTTOM:
The Facebook logo is shown at Facebook headquarters in Palo Alto, California in this May 26, 2010 file photo. Facebook is preparing to file for an initial public offering as early as October or November that could value the popular social networking site at more than $100 billion, financial news channel CNBC reported on June 13, 2011. REUTERS/Robert Galbraith/Files (UNITED STATES – Tags: BUSINESS)